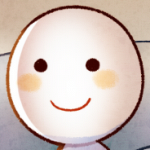 So, I'm Toonsters, but you might know me as Jack or Blu. I'm currently slightly under leveled on my toon but we'll get to that in a little bit.

So, I'm Jack, here's a biography about my life. I am Jack, born in the United Kingdom (w00t) in the Early 2000's. As a Child named Jack S. (Censoring it out so nobody can stalk me / look up my info thanks.) It was a cold September 26th for the UK as I was born merely days after some of my greatest friends. For years I just kinda stuck to school and wotnot. Until Year 6. I was about to go to secondary school. The thought of homework scared me quite a bit and whatever, then I went, got kinda bullied, meh whatever. They were sad so they bullied me but I was fine so YEAH.

I joined Toontown way back in 2007, when I was around 4-5. I joined with a dog called Dr. Pickles, I think. But, due to not getting membership, I quit. I then joined back in 2008 where I made countless non-member toons to finish TTC and then delete them. I got bored of this in 2009 and quit once more. But, in 2010, an interest sparked and I made 1 toon. He was a light blue mouse. He was called... Prince Snuffy! I completed him and then began to look on YouTube for free membership (oh how dumb I was... v.v) and got viruses yaaaay. I gave up looking, I couldn't be bothered hacking so I just watched YouTubers and then, in 2011, my membership came, I got to around DG and then TTO closed the end.

BUT THEN, REWRITTEN CAME! I made a toon, he was called Blu, yes he was named after the Team Fortress 2 team, and I was a nerd. Then I kinda played and I'm still maxing him yay.

Personal Facts About Me

Retrieved from "https://toontownrewritten.fandom.com/wiki/User:Toonsters?oldid=79917"
Community content is available under CC-BY-SA unless otherwise noted.