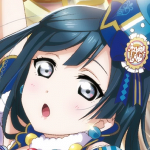 Nice to meet you. My name is Twashi, I'm just an average 20 year old girl, who plays this game and tries to help out on this wiki. Feel free to send me a message on my message wall if you just wanna talk or wanna arrange a meeting time with me in game♪

Me and this game go back quite a bit. I was 9 when I first started playing the original Toontown and I quit when I was 14 because there wasn't too much to do anymore and the game was just facing a huge downfall. After I heard of the game closing, I was upset but I didn't really care too much. After the game closed 6 days after I turned 15, I saw people showing their remorse over on the original Toontown wiki back when I still had my old account "Oshawott497", but after some time I left the account and never used wiki for some time until I came across this wiki where I wanted to help out the same way I did on the original Toontown wiki, by taking screenshots from the game and creating pages. I've been playing Toontown Rewritten for five years so far, I started after open Beta was released and I got back into the swing of things for a bit, until a glitch reset my laff and tasks which somewhat frustrated me, so I took a break from the game for three months until my Christmas break when I decided to play again for the fun of it. I never finished Donald's Dreamland on my Toon until May-June 2016 due to my high laziness. During my early days of playing I was a medium periwinkle cat named Gliscor until May 2016 when my friend dared me to rewrite my Toon into a short blue cat named Professor Bug. I did the dare, but decided to rewrite my Toon in April 2018 as a lavender cat named Marie Andromeda. I did another rewrite in May 2019 and made her a medium height light blue cat named Spy in the Sky. Info on my Toon will be below.

I'm a 21 year old girl from Canada, currently out of school and am pursuing careers in the art industry. I'm a fan of Kemono Friends, Houseki no Kuni, Pokemon, Touhou and Animal Crossing. My hobbies include drawing, gaming, eating, sleeping and other things. I'm training to become a graphic designer and an animator if I can get a better hand at it. I'm available on a few other wikis as well. On the Love Live! wiki, I work as a content moderator, mainly taking on unnecessary edits and vandalism.

Yeah, I don't know what else to put here, haha.

Some information is missing because I haven't played TTR in a bit. I'll update whenever I get the chance to. My friend list is open all the time, so send me a message if you wanna add me.

Pages I have created

I will mainly create pages on NPCs that have not gotten a page themselves as I work through the game.

Maybe more in the future if I have time.

Where else to find me

Please be warned that I'll use profanity on some of these websites so I won't link them here.

Retrieved from "https://toontownrewritten.fandom.com/wiki/User:Gliscordere?oldid=100082"
Community content is available under CC-BY-SA unless otherwise noted.