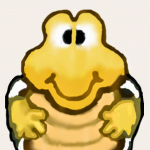 176 Edits since joining this wiki
March 25, 2015
Hey there guys, Kerman here. On this page, you'll find out some stuff about me.

A history of myself

I've only heard of ToonTown Online back in 2007 when it was introduced in my region (Southeast Asia). I forgot my Toon's name, but I remembered only playing it for a few weeks, probably due to the lack of things given to do as a non-member. Even though TTO-SEA has membership payment methods available in my country, I wasn't able to afford those membership prices. That's when I decided to stay away from the game until 3 years later...

Coming back to Toontown

It was in 2010 that I wished to come back to ToonTown. Unfortunately, the SEA servers have already shut down back in 2009, so I had no choice but to join the main server (US). It was pretty much the same, except it's more populated. So I created a new toon there, then naming it "Cool Duke", because I think the name sounds cool. Even though there's still the membership thing I used to hate, I just simply ignored it, probably due to me growing up. Still, I wasn't able to afford even a 1 month membership. Restrictions aside, I enjoyed the game for hours, busting cogs, visiting other neighbourhoods and cog HQs and attempt to battle the stronger cogs. I would be extremely lucky if I could take over a cog building in Toontown Central with member toons.

I still remember the Operation: Storm Sellbot that started on September 2010. I had so much fun battling the VP many times, and thinking what would be like as a member toon battling boss cogs. I'm sure that was one of Disney's tactics to get more people buy membership, but I'm still broke.

As a former TTO Wiki editor

When not playing Toontown, I used to edit some articles in the original TTO Wiki when there were just a couple of articles and stub pages (take note, we're still talking about 2010). Technically, I am Cool Duke, one of the early contributors of TTO Wiki. My editing wasn't very good back then, I used to add pictures with black bars covering other toon's names, sometimes my grammar wouldn't make sense, and a couple of other things that I can't remember. Some pictures I uploaded there are either replaced with better pictures, and some get moved to an another section of an article. I appreciate those guys for providing a better picture. Unfortunately, somewhere in late October 2010, I stopped editing for some reason I'll explain on the next section.

According to most Toontown veterans, 2010 is the year when hackers started hacking the game. There were many hacking instances I witnessed, such as the mass duplication of one toon to flood a district, another was able to get into playgrounds with a cog suit (idk if it was a hack or a glitch), and another I heard from one of my member friends that a toon went into a VP with only Level 1 Throw and Squirt and 15 laff (it's impossible for a starter toon to get into the VP lobby). I've gotten a bit paranoid with those hackers, because innocent toons may get their accounts jeopardized. Well... let me admit that I was one of the victims. A hacker somehow accessed my account and got my account terminated. I don't know what he did, maybe he used cheating tools or attempted to exploit the game? And how was he able to access my account when I didn't use any malicious applications? That's when I declared I'm done with Toontown, unless Disney strengthens the security of their game, but even in the last 3 or 4 years of the game's lifespan, they never did.

During Toontown's last days, I was never there as I was so busy with my life and I didn't even know it was shutting down. It was only 8 months (May 2014) after the shutdown I heard about it, and I was kinda disappointed to have one of my childhood games gone. For the past few years, I have already known there are private servers for some MMORPGs such as RuneScape. Surely there might have been TT private servers surviving even after the official server's shutdown. One TT private server that most people talk about is TT Rewritten, which is why I am here right now.

Retrieved from "https://toontownrewritten.fandom.com/wiki/User:Ankoopa?oldid=46735"
Community content is available under CC-BY-SA unless otherwise noted.