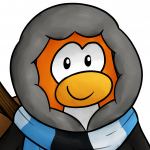 Bolded names are toons I currently play the most.

My main toon, and a blast from the past. The reasoning behind that name is because I was super obsessed with Gotye's "Somebody That I Used to Know" at the time. He was created some time between 2010 to 2013 in TTO and some time in late 2014 in TTR.

When I'm not doing ToonTasks like I should, I do VP runs on this toon, and I guarantee you that I never SOS shop, because I already have good enough SOS cards. I plan to make this toon almost completely offensive as a lureless toon.

My other main toon and currently, the toon that I'm working on at the moment. I've been playing more on this toon recently because I've put my main toon, Gotye, on hold until Flippy knows what, and to max this toon. I plan to make this toon dropless. She currently has 66 laff.

Retrieved from "https://toontownrewritten.fandom.com/wiki/User:Amigopen?oldid=77053"
Community content is available under CC-BY-SA unless otherwise noted.