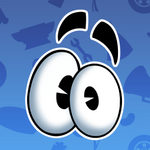 Below are current staff members listed by different departments. Trial staff members, however, are excluded. This page will be updated whenever new information comes by.

Over the years there has been a countless number of staff members who have helped make the game tick. Below are former staff members listed by different departments. Former trial staff members, however, are excluded.

Since February 7, 2017, Toontown Rewritten has published all sorts of applications for many departments that anyone may volunteer for by applying through the official "Apply" page, and have continued to add applications for newer positions as time goes on.

There is also a dedicated "Team Applications FAQ" page where the most common questions, for almost every position the team advertises, are answered.

The following images have been used by Toontown Rewritten on social media or on the Toontown blog to advertise certain positions.

Retrieved from "https://toontownrewritten.fandom.com/wiki/Toontown_Rewritten_Team?oldid=107403"
Community content is available under CC-BY-SA unless otherwise noted.