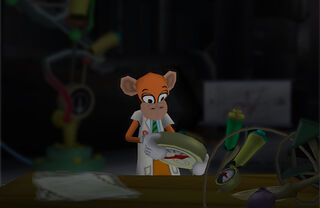 This picture in this blog post wasn't actually posted in 1998. Its URL is a reference to the development of Toontown Online and suggests that Doctor Surlee went back to that point in time to change the past.

Retrieved from "https://toontownrewritten.fandom.com/wiki/Storyline_Introduction_-_Part_3?oldid=70817"
Community content is available under CC-BY-SA unless otherwise noted.