A Paradigm Shift is a fundamental change in approach or underlying assumptions, notably in the field of Science.[1][2] 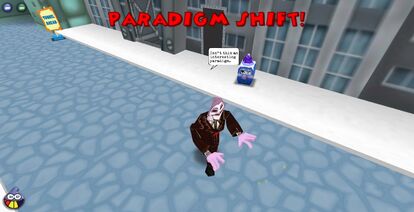 Retrieved from "https://toontownrewritten.fandom.com/wiki/Paradigm_Shift?oldid=20977"
Community content is available under CC-BY-SA unless otherwise noted.