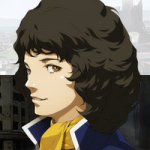 Hey, as my username says, I'm UrbanPie950 or just UrbanPie. Like my user rights say, I am an Administrator, (Meaning that I can block users from this Wiki if they vandalised).

If you want to report someone then post about that user here.

You can ask me anything, Toontown Rewritten or related to this Wiki related. However, I remove spam threads so keep that in mind. (I don't bite! :P) ...Though please do not ask me about lore questions, I am probably the worse person to ask.

Just make sure your message and your edits follow this Wiki's policies!

Also - if you want to discuss your block with me, contact me on my Community Central message wall.