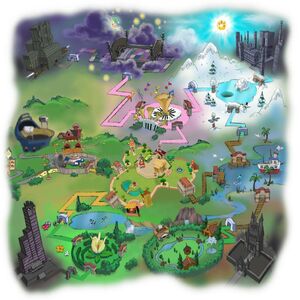 The map shows the following areas:

A mysterious cloud crept up just off the outskirts of Minnie's Melodyland, revealing that there is a new and undiscovered area, which appeared on the map since May 3, 2015. A blog post published by Hysterical Harry on August 26, 2019 confirms that the Toon Council once stated that they will be building a new playground under the cloud one day. 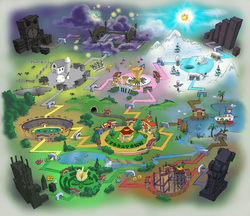