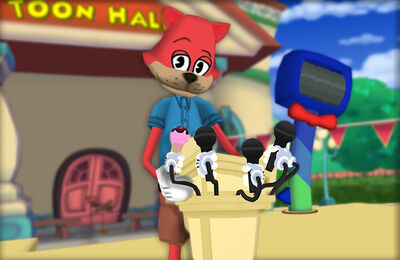 Please keep the language clean and healthy when you are on this wiki, as this wiki is for family and friends who love Toontown Rewritten. We do not allow users disrespecting the peace of the wiki and upsetting others.

If you require any questions for Toontown Rewritten, please email them at support@toontownrewritten.com.

Toontown Rewritten has certain versions of their Alpha testing and the version changes every day when they are releasing Daily Alpha Updates and Super Saturday Updates. Below will provide the current Alpha version of Toontown Rewritten.

Retrieved from "https://toontownrewritten.fandom.com/wiki/Main_Page?oldid=7522"
Community content is available under CC-BY-SA unless otherwise noted.