Holly Daze is a deer NPC Toon who walks around The Brrrgh Playground during the Twelve Days of Winter. She offers a special limited-time Winter Holiday ToonTask that rewards Toons with Santa's Bag. 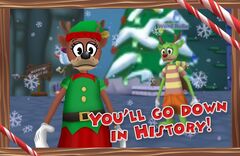 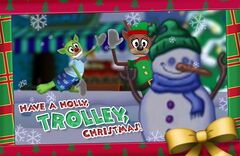 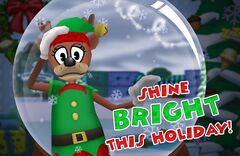 Add a photo to this gallery
Retrieved from "https://toontownrewritten.fandom.com/wiki/Holly_Daze?oldid=103441"
Community content is available under CC-BY-SA unless otherwise noted.