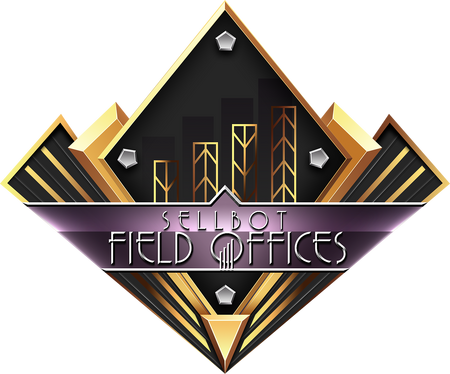 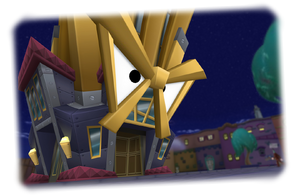 A Field Office is a special variation of a Cog Building that incorporates minigames and a boss battle that offers new challenges for endgame players. Unlike ordinary Cog Buildings, a Field Office can take over the Toon Headquarters in all districts of a specific street, and will require the help of many Toons in order to defeat that Field Office. Separate groups of Toons are transported to a different annex of the Field Office as soon as the elevator doors reopen.

The first addition of Field Offices is the Sellbot Field Office from Toontown Online but with new changes and added difficulty.

The Sellbot Field Office is so devoid of silliness that certain gags become ineffective and can only be regained if Toons make their way through the minigames with ease. Once Toons enter the building, they start off with either Throw or Squirt and one additional gag track. Due to the lack of gag tracks, Toons are expected to devise new gag strategies, but SOS cards can still be used to assist in battle.

Toons need to grab water balloons from water coolers scattered across the maze room to defeat four large Mover & Shakers. In order to regain gags, however, Toons must collect jokes by defeating Cold Callers and Name Droppers with water balloons. Be sure to stay clear of being hit by any of the Cogs and falling filing cabinets to prevent from losing a water balloon.

The boiler room of high pressure sales is where Toons face four Cogs and the boss of the Sellbot Field Office. More Cogs will continue to spawn periodically until the boss is defeated. The boss possesses unique attributes such as the ability to unlure, heal, and promote the Cogs at any given moment. Because of how tedious the battle may be, it is essential that Toons perform well in the minigames so that they can earn all their gag tracks.

Retrieved from "https://toontownrewritten.fandom.com/wiki/Field_Office?oldid=99437"
Community content is available under CC-BY-SA unless otherwise noted.