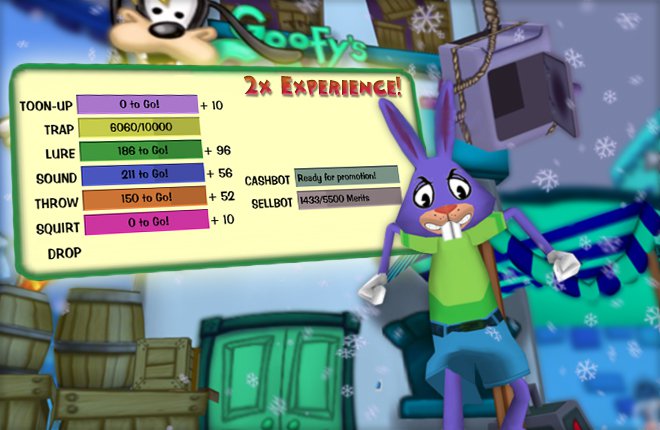 Double Experience Weekend was an event that occurred from October 10, 2014 (Friday) to October 12, 2014 (Monday). This event resulted in gags getting double the amount of points when fighting Cogs. Because there was a day without playing Toontown, the staff members of Toontown Rewritten hosted this event to make up for it.

Retrieved from "https://toontownrewritten.fandom.com/wiki/Double_Experience_Weekend?oldid=70373"
Community content is available under CC-BY-SA unless otherwise noted.