Bean bags are special bags that were introduced since ToonFest 2015. A bean bag works similarly to treasures, but will reward jellybeans rather than laff. Along with bean bags, there are also bags that reward ToonFest tokens. These bags will float above the ground while rotating clockwise. When touching a bag, it disappears, and the Toon is given its content.

Bean bags and token bags are exclusively found in the ToonFest grounds where they occasionally appear in treasure spawn points after a treasure or a previous bag has been collected.

Token bags all contain 10 or 20 tokens each. Beans bags, however, can contain 5 possible values. The color of the jellybean indicate the number of jellybeans in that bag. In addition to that, the higher the sum is, the larger the bag will be. When a bag is collected, how many jellybeans or tokens have been earned will be displayed on the bottom left of your screen.

The following indicate the amount of jellybeans given for bean bags: 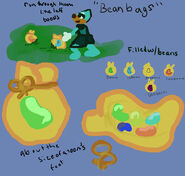 A token bag with the incorrect texture from ToonFest 2015. 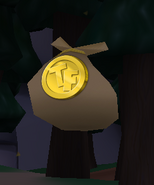 A token bag after its texture was fixed from ToonFest 2016. 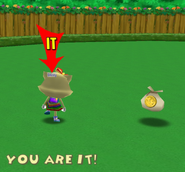 Retrieved from "https://toontownrewritten.fandom.com/wiki/Bean_bags?oldid=83029"
Community content is available under CC-BY-SA unless otherwise noted.