Alternate reality game
This page contains secret information regarding an ARG puzzle. The purpose of ARG pages is to keep Toontown sleuths up to date on the story of Toontown Rewritten.
Previous puzzle: Our Pleasure to Return
Next puzzle: We'll Be In Touch

A website called mingler.org, otherwise known as Minglermail, was first discovered by the Toontown community on April 18, 2015 before the 26th. The website displayed an image of a Bossbot and a soundtrack from the game until April 26, 2015 where the blog post titled "Team LHAAFBBHQ: Let's Hunt Around And Find... The TEAM?!" was published concerning the whereabouts of Team LHAAFBBHQ. On and after April 26th, multiple puzzles were released in which players had to discover the passwords to multiple online memo accounts of different Cogs.

Bossbot Headquarters was later discovered on May 3, 2015 as announced by Lord Lowden Clear, thanks to the assistance of Team LHAAFBBHQ and the Toons who cracked the code of mingler.org.

Images below are placed in chronological order. As the dates progressed, Cogs of higher difficulty were shown.

On April 26th, mingler.org went down for unexpected maintenance and stated that memo delivery services would be restored at promptly 3:00 PM. Sometime after maintenance was called off, credentials could be entered to access the Bossbots' memos, thus starting the ARG. The blog post from April 26th revealed the credentials for Flunky. 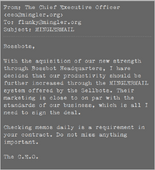 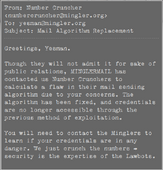 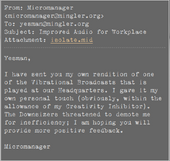 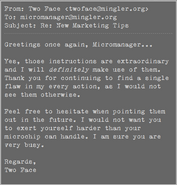 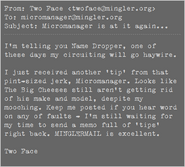 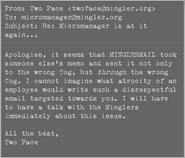 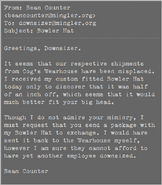 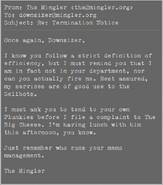 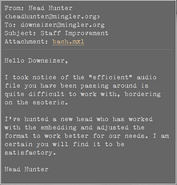 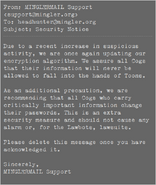 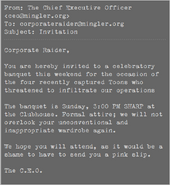 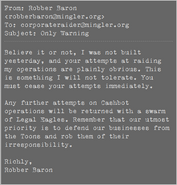 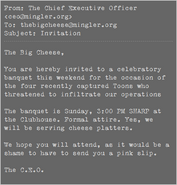 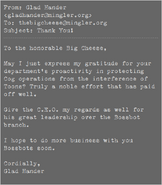